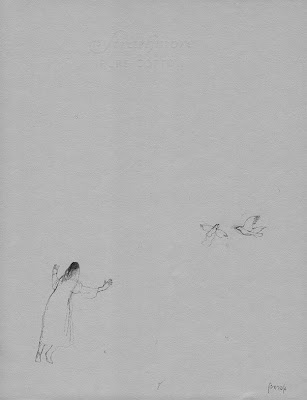 18 March 2008. Short beeps of waiting bus, hidden from view--driver leaning into wheel as she veers to the left. A summer's day in spring. Radio sound of Barak Obama's voice--on race. What Simone called "America's great wound." Kennedy, Jakarta, Kenya. Kansas, too. An unwound web of interstices--taut and alert, juxtaposed with the snapshot of his mother, a seeker--her curiosity--meeting the world on its own terms... Another kind of vision--in the joining. Can this be ours too?