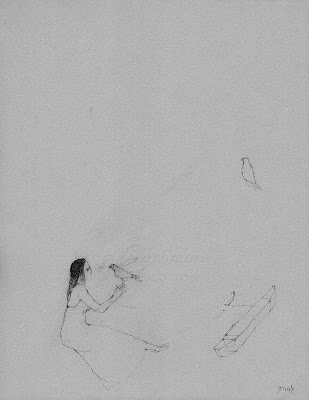 18 December 2008. Icy dawn, whoosh of Bart train on distant rail, earlier than early. Ice on all the east-west streets. A touch of Chicago comes to the East Bay.

Last night: the mathematicians. And Chizu Omori, a girl from Oceanside--from before the war. Now, her long gray-white hair, small frame, composed posture. All visible in just the way she occupies a chair. They were strawberry farmers, on leased land, "like a Japanese village."

Then: the Arizona camps, Rabbit in the Moon, dispersion. So she came to Berkeley--McCarthy period, loyalty oaths, Nixon. "Seems I spent my whole life voting against him..."

Chickens on Sixth Street, a feathery redemption.
Posted by Anthony Dubovsky at 8:39 AM