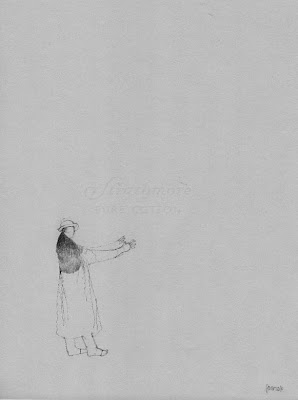 In the drawing--botas de potro. A kind of rustic footwear from the interior of Argentina. Formed directly from the skin of the foreleg a colt. Terrible image--but at the same time true... A distant truth--historical...

Is it wrong to draw? The line will follow anywhere...

("The silhouette of a man who, his arms half raised at different levels, confronts the thick mist in order to enter it..." Franz Kafka, Diaries, 1913)
Posted by Anthony Dubovsky at 1:52 PM