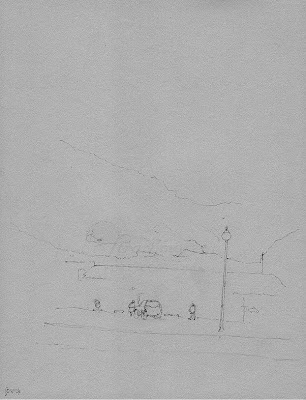 28 September 2007. Scraggly dragon cloud whisping over white patch, heavy layers of gray tom tom, rain soon, rain soon, standing white lamp post--arched sentinel to the gods, silhouette, and tucked away under the eaves, run of warm interior light--constancy of the 7-eleven. Constanz--how we searched, the Dutch painter of atmosphere--was that it?--not so strident as Karl Appel Or Kiefer, before. "He's so aggressive." Force, more like it--the recognition or the imposition. Strands of matted yellow straw--embedded in an expanse of gray oil. "How golden thy hair Margarete, how ashen thy hair Shulamith..."
Posted by Anthony Dubovsky at 12:09 PM No comments: Links to this post 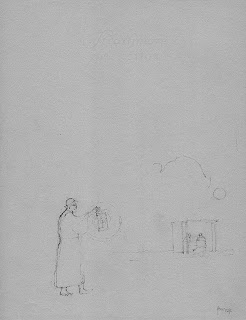 27 September 2007. Succoth, a warm evening, moon through the mimosa tree, clearing the hills to the east, flooding the sky. The Mid-Autumn Festival, also people sitting together outside, eating mooncakes... Carrying brightly lighted lanterns. The two ends of the world--or is it so? Landing at night in Guilin, her mysterious hills hidden in the mist...

On the river at dawn, each bend disappearing... Fisherman on a bamboo raft, cormorants, shaggy phoenix-tail bamboo lining the banks, water buffalo in the shallows... The banyan tree...and a special kind of flower--or was it the fish named for the flower, as Effie instructed me--the Osmanthus-blossom... Perhaps that was her name?

The Five Treasures of the River. Friendship, a time of peace...
Posted by Anthony Dubovsky at 10:28 AM No comments: Links to this post 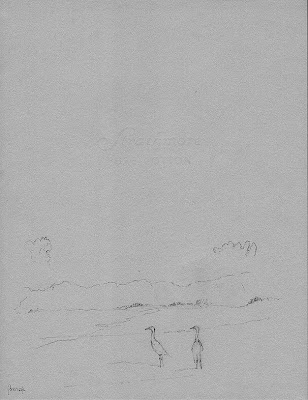 25 September 2007. Filtered sunlight, early fall. Dusky yellow Ford pickup across the way, nosed in to 7-eleven wall. Working day. Voices of strikers on radio this morning: north side of Kansas City. Resolve and bewilderment. As in Lev Shestov--Athens or Jerusalem--more the resolve. His vision of the Garden of Eden--an eternal ecstatic existence--bounty of faith, perhaps, not yet brought down to the realm of distinguo--those grudging oppositions, true or false, good and evil, locked into the realm of "nature"--and every impossible false choice. Instead, to love the trees. Indeed, to speak with them...

Simone Weil: L’attention absolument sans mélange est prière...
Posted by Anthony Dubovsky at 9:29 AM No comments: Links to this post 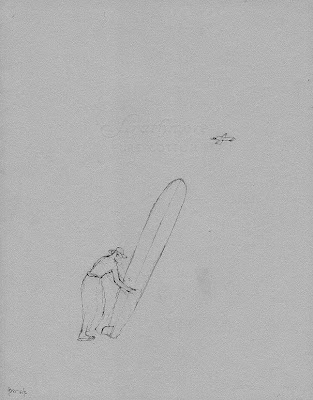 Last night: unexpectedly animated. Anthony's songs, "in my bosom, in my heart," Nathaniel's wandering images, moments of focus, delight in the act... Hojin's somber elephant--girl lifts cup to drink, then again, then again...grains of sand, a wrinkled pea...the start of life... Sabina: Acrobats circling a bar, round bicycle wheel. Man in suit with pink pillow, in black & white...a woman's surprise. Mound of dark earth, held in the hand, moist, each grain...

Harry Belafonte song, from that same era. Day-O, day-ay-ay-o... World of something real, even if far far away... A life lived... 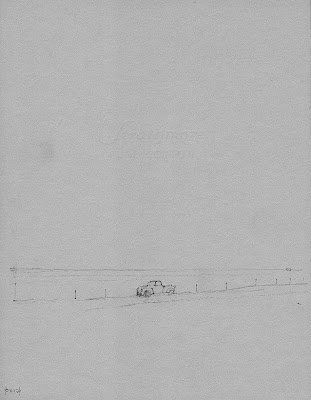 20 September 2007. Gray skies, first small drops of rain. Natasha on round table this morning, arching her back and tossing her head. Whispery meows. All is response, water vapor, the rising seas. Where do we come from? Where are we going? Reading last night--poems of Larry Levis...each one new. Fresno, valley fields, dry grass, weeds alongside the road. Smell of winter, tule fog. Scene shifts to New York--I held her in my arms, Lexington, Third...whiteness of snow. Later: The Graves of Rome. A subtle preoccupation--recurring, always, shadow-like...


"...I'd almost forgotten that what
Most people leave behind them disappears.
Three days later, staying alone in a cheap
Hotel in Naples, I noticed a child's smeared
Fingerprint on a bannister. It
Had been indifferently preserved beneath
A patina of varnish applied, I guessed, after
The last war. It seemed I could almost hear
His shout, years later, on that street. But this
Is speculation, & no doubt the simplest fact
Could shame me..."
Posted by Anthony Dubovsky at 12:29 PM No comments: Links to this post 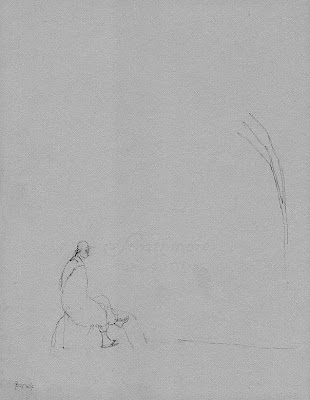 The scholar painters. Zhu Haonian's "Portrait of Tang Yin after Qiu Ying and Zhou Chen," 1851. Figure in dark cap, seated on a rock, one leg draped casually over the other. Reddish shoes, hands in sleeves, hidden in the folds of long garment. Impeccable line, mirroring elongated sheet of scroll. On bare wall, the paper catching every shift in New York light. Indeterminate age, looking back at the past, remembered in part...
Posted by Anthony Dubovsky at 11:59 AM No comments: Links to this post 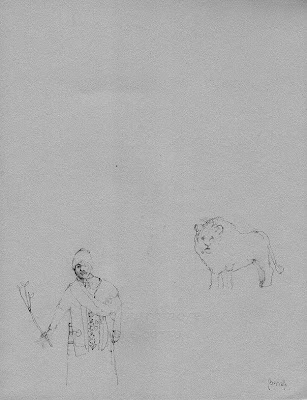 14 September 2007. Ha Melech ba-sadeh... The King is in the field. Mountains of Edom, Ethiopian steppe. Creature as figure, standing for... Gesture of nobility, a pride of lions. Oldest living court, back to the time of King Solomon and the Queen of Sheba, crossing the Sea of Reeds in a narrow boat, approaching the city of Jerusalem. Notion of Zion, a hillside, a gate, the land itself...the meaning shifts to meet each man's need. Need, yes, in a time of gray clouds and early rain, first drops on the dry earth, forthcoming...
Posted by Anthony Dubovsky at 9:44 AM No comments: Links to this post 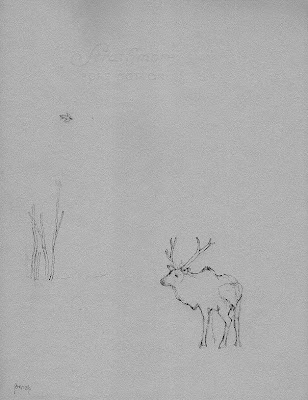 Kaikodo. Painting of a scholar seated on a stone. Somewhere in China, three hundred years ago. His long face, kind and severe. A motionless repose, where the weight of the support becomes him. Very much at home.
Posted by Anthony Dubovsky at 11:26 AM No comments: Links to this post