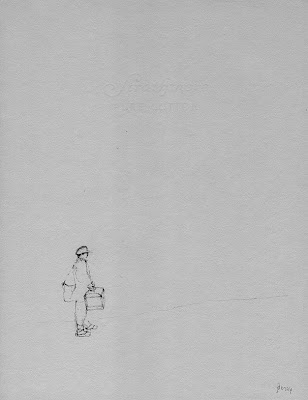 2 November 2007. The Road to Magnitogorsk, on a sun-filled autumn morning in California. An untenable contradiction? The story of Victor Kalmikov, in bast shoes, six up in an early Soviet railway carriage, then, with a 50 pound drill, pounding evenly-spaced half-inch holes into a steel girder. Night school with chalk words on rough blackboard--again, the name of the place of the name. Mag-ni-to-gorsk--City of Magnet Mountain. A Pittsburg in the Urals. Photographed by Max Alpert (credits say 1899-1980). A long life, to tell the story--a Soviet Salgado.