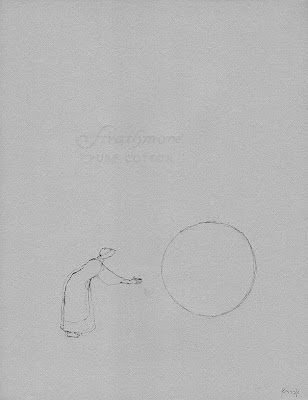 20 April 2007. Speckled sun to the east, dark wedge of cloud moving in from the west. Rain for later this afternoon. Last night: Dutch sailors' voices, "A Yankee ship comes down the river, Blow boys, blow. A Yankee ship with a Yankee skipper..." This one in English, though the album itself is Pays Bas, Chansons Oubliees... Songs Forgotten. Translated as Songs Adrift, which feels right--with so much of Holland reclaimed with from the sea... Then--images of the ocean itself. A Bering Sea fishing boat--motor churning, rain on cabin window, we're looking out onto blur of a tumbling horizon. Then, engine room of a merchant ship--super tanker, container monster--deep rumbling inside and out. Sailor with ratchet wrench, adjusting a valve. While on deck, heavy breaking ground swells, lots of ambient noise--equipment in the wind. Then, a passenger vessel, modern cruise ship form, lashing about in hurricane winds like some bathtub toy. Filmed from above, out of a Coast Guard chopper, engine roaring full blast over the storm, white caps and rolling seas from horizon to horizon. Nothing else quite brings us in like this--the scale of the open water.