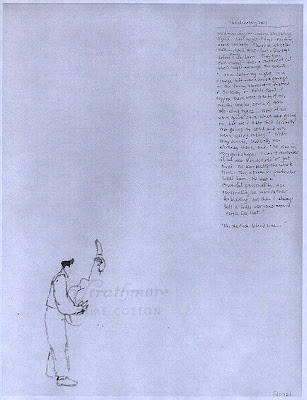 15 February 2007. Mid-morning sun, warm, like spring. Ojalá. Last couple of days--reading about Leadbelly. Played at Wheeler Hall early in April 1945--just a few days before I was born. This from Phil Elwood, then a student at Cal, who'd helped arrange the event: "on a Saturday night in a 'large loft over a double garage in the fancy Claremont district of Berkeley on Ruble Road. I suppose there were twenty of us, mostly couples. some of them left-wing types... None of us were quite sure what was going on, but we'd been told Leadbelly was going to come and we were going to sing.' When they arrived, Leadbelly was already there, and 'he was in very good shape. I can't remember if it was 'drink tired' or just tired. He was seated the whole time. The women in particular liked him. He was a powerful personality. As a personality he was rather forbidding, but then I always felt a little nervous around people like that.'"